In high school football today, Lake Linden-Hubbell begins its season at Norway. Our coverage will begin at 2:40 on KBear 102.3 and KBear102.com.

The Lions volleyball team lost 3-0 (25-10, 25-10, 25-11) to Dominican University at the Ripon Quadrangular last night. The Lions will face the host team and Bethany Lutheran College today.

Edwin Jackson struggled, as the Detroit Tigers lost to the Minnesota Twins 13-5 last night. Jackson was charged with eight runs – six earned – before leaving in the third inning. He allowed seven hits. Matt Hall finished the third, and pitched the fourth inning, and gave up four runs. John Hicks and Ronny Rodriguez homered.

The Tigers host the Twins again tonight. Matthew Boyd will start against Martín Pérez. Pregame coverage will begin at 5:45 on 99.3 The Lift.

The Milwaukee Brewers’ fade continued with a 7-1 loss to the Chicago Cubs yesterday. Chase Anderson gave up five runs in the first two innings.

That series continues in Chicago this afternoon. Zach Davies will start against Cole Hamels.

The Cardinals were rained out last night, so Saint Louis leads the National League Central Division by one game over Chicago, with Milwaukee six games out.

The Detroit Lions released more than a dozen players yesterday, on their way to reaching the regular-season roster limit of 53. The most notable was Teez Tabor. The cornerback was a second-round pick in the 2017 draft, but was hurt by lack of speed. The team has until 4:00 today to try to work out a trade for him.

Expect some quarterback cuts to come soon for Detroit. They traded a conditional seventh-round draft pick to get Cleveland rookie David Blough yesterday. Blough was undrafted out of Purdue. That gives Detroit five quarterbacks.

The Green Bay Packers also began their roster cuts yesterday, with no surprises on the list so far. 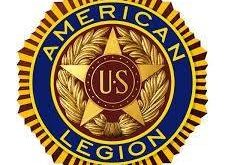 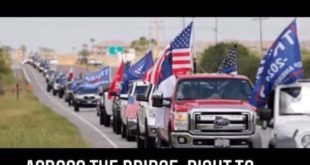 The parade in support of President Trump is Sunday at 2pm, starting in the parking …