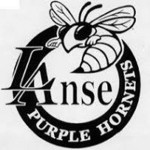 MTU Hockey Ranked 5/6; Petan Honored
The Michigan Tech hockey team has moved up a spot in one national poll, and dropped a spot in the other. The Huskies are ranked fifth in the nation in this week’s USCHO.com poll. They’re rated sixth in the USA Today/USA Hockey Magazine poll. Northern Michigan is ranked 19th in the USCHO.com poll.

Michigan Tech forward Alex Petan has been named the WCHA Offensive Player of the Week. Petan a goal and two assists in the Huskies’ sweep of Alabama Huntsville over the weekend.

NHL – Red Wings Host Panthers
The Red Wings host the Panthers tonight. Detroit will be without Justin Abdelkader, who hurt his shoulder in Sunday’s win over Vancouver. The injury is still being evaluated, and it’s not known when he’l be able to return. Faceoff is at 7:30 on AM 1400 and FM 99.3 WCCY.

NFL – Dolphins Edge Jets
In last night’s NFL game, Caleb Sturgis’ field goal with two minutes remaining lifted the Dolphins to a 16-13 victory over the Jets. If you played the Wolf Pro Football Challenge, you must have selected at least 12 games correctly to be eligible to be our weekly winner.

Our high school hockey coverage continues tonight, when Jeffers skates at Negaunee. Our pregame show begins at 6:40. Hear the Copper Country’s most complete hockey and basketball coverage this winter on KBear 102.3 and KBear102.com.