Minnesota State has been picked to win the Central Collegiate Hockey Association title this season.

In the coaches’ poll released yesterday, Northern Michigan was picked as runner-up. The Mavericks claimed six first-place votes, and the Wildcats got the other two. Bowling Green and Bemidji State filled the third and fourth spots. Michigan Tech was picked to finish fifth, followed by Lake Superior State, Ferris State, and St. Thomas.

The Tigers host the Orioles again tonight. Joey Wentz will start against Austin Voth. Coverage will begin at 6:45 on 99.3 The Lift.

Detroit has named Giants general manager Scott Harris as the club’s new president of baseball operations. He replaces Al Avila, who was fired last month. Harris is just 36 years old, but has built an impressive resume. He spent five years as director of baseball operations for the Cubs, and has been GM for San Francisco for the past three seasons.

Max Scherzer also tossed six no-hit innings, as the Mets dispatched the Brewers 7-2. Scherzer was pulled because of a pitch count in his first game back from the injured list. Corbin Burnes took the loss, allowing five runs before leaving in the sixth. Rowdy Tellez homered.

The Brewers host the Mets again tonight. Aaron Ashby returns from the injured list to pitch against Carlos Carrasco.

If you played The Wolf Pro Football Challenge, you must have selected at least 10 games correctly to be eligible to become our weekly winner. 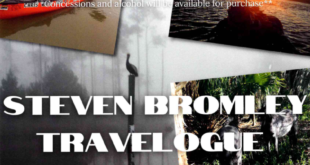 Steve “Toehead” Bromley Traveled for 3,000 Miles, over 17 Months, and in One Canoe