Tigers Blanked at Cleveland
Justin Verlander gave up seven runs, as the Tigers fell to the Indians 7-0 last night. Verlander left the game with two outs in the seventh. The final run charged to him came off a single off reliever Pat McCoy. The Detroit offense did very little against Cleveland starter Danny Salazar, who scattered eight hits en route to his first complete-game shutout.

The Tigers wrap up that series at Cleveland this evening. Max Scherzer will start against Trevor Bauer. Hear the first pitch at 7:05 on FM 99.3 and AM 1400, WCCY.

Kansas City won, so the Tigers now trail the Royals by a game-and-a-half in the American League Central Division.

Victor Martinez has been named the American League Player of the Month. During August, Martinez hit .350. Add the 19 walks he collected, and his on-base percentage was .442.

Brewers Drop Eighth Straight
Matt Garza was torched for six runs over three innings, as the Brewers lost to the Cubs 6-2. Garza made it through the first inning unscathed, but gave up a two run homer in the second. Chicago plated four runs in the third, and left the bases loaded when Kyle Hendricks struck out.

The Brewers host the Cardinals tonight. Wily Peralta will start against Michael Wacha, who is making his first start since mid-June after recovering from a shoulder injury.

Milwaukee has lost eight in a row. Saint Louis has won five straight, and now leads the Brewers by three games in the National League Central Division. 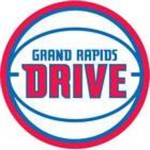 Smith to Coach Drive
Otis Smith will be the first head coach of the Detroit Pistons’ new D-League team in Grand Rapids. Smith will be introduced at a press conference this morning. After playing with the Nuggets, Warriors and Magic, Smith spent six seasons as the general manager of the Magic, where he worked with current Detroit head coach Stan Van Gundy. The Grand Rapids Drive will begin play this fall.

Tryouts for the Keweenaw Storm 19U Girls Hockey Team will take place Sunday and Monday evenings at 7:00 at the SDC. All girls with birth years of 1995 and younger can audition. Players need to be registered with USA Hockey and pay a $25.00 tryout fee before getting on the ice. For questions or more information, contact Shelley Farrey at safarrey@yahoo.com or Head Coach Glenn Patrick. To register with USA Hockey, click here. 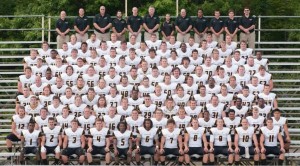 The Michigan Tech football team opens its season tonight at Wayne State. The Huskies are picked to finish fourth in the very competitive GLIAC North. Head coach Tom Kearly is optimistic, with a lot of returning talent… KEARLY. Quarterback Tyler Scarlett is back for his fourth and final season. He already holds most of the Huskies’ career passing records. Charlie Leffingwell will return at running back, after rushing for more than 12-hundred yards last season. 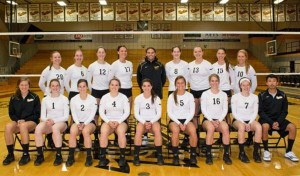 The MTU volleyball team opens its schedule as it hosts the Keweenaw Classic. Tech was picked to finish seventh out of the eight teams in the GLIAC North. Coach Matt Jennings continues to see improvement in his team… JENNINGS. The Huskies will face Wisconsin-Parkside this evening at 6:30.

Click on the highlighted scores for more details. MLB The Rays erupted for seven runs …