MTU
Michigan Tech hockey players Alex Petan and Jamie Phillips have been named the Western Collegiate Hockey Association Offensive and Defensive Players of the week. Petan scored three goals last weekend, as the Huskies earned a tie and a win over Minnesota State. Phillips stopped 55 of 58 shots in goal. The good weekend has also returned Tech to the national rankings – at number-17 in the latest USCHO.com poll.

NBA
The Detroit Pistons lost to the Chicago Bulls 111-101 last night. Ersan Ilyasova had 19 points and 11 rebounds for Detroit. Kentavious Caldwell-Pope was thrown out of the game after receiving his second technical foul in the third period.  The Pistons play at Houston tomorrow night.

NFL
The Detroit Lions have removed the “interim” tag from offensive coordinator Jim Bob Cooter’s title. Cooter took over when Joe Lombardi was fired mid-season, and led a dramatic turnaround in the Detroit offense.

MLB
Several media outlets are reporting that the Detroit Tigers have signed a contract with free agent outfielder Justin Upton. The deal is said to be for six seasons, at more than 20-million per season. Upton can opt out after two seasons. In nine major league seasons, he has hit .271, and averaged 21 homers. He strikes out 25 percent of the time. 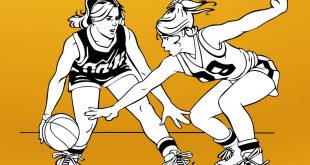