Tigers Lose to Twins; No Closer to AL Central Title
Rick Porcello gave up six runs before leaving in the fourth inning, and the Tigers lost to the Twins 11-4 last night.  Detroit tried to come back, scoring a run in the bottom of the fourth, and two more in the fifth… but Minnesota blew the game open with four runs in the top of the sixth.

The Tigers continue their final series of the regular season at home against the Twins tonight. Kyle lobstein will start against Ricky Nolasco. Hear the first pitch at 7:08 on FM 99.3 and AM 1400, WCCY.

The Royals won, so Detroit’s lead in the American League Central Division falls to one game. With two games remaining for each team, any combination of two Detroit wins or Kansas City losses will clinch the title for the Tigers.

Former Tigers’ greats Kirk Gibson and Alan Trammell have been fired by the Arizona Diamondbacks. Gibson had managed the team since late in the 2010 season. He led the club to a division title in 2011, but the team had not been able to match that success in recent years. Trammell was Gibson’s bench coach.

Brewers Lose to Cubs
The Brewers fell to the Cubs 6-4 last night. Jimmy Nelson was charged with five of those runs before leaving in the fifth inning.

NFL
The Lions face the Jets in New York tomorrow. The Packers take on the Bears in Chicago. Both the Lions and the Packers’ games begin at 1:00.

NHL – Wings Host Bruins
The Detroit Red Wings host the Bruins in an exhibition tonight. We will cover the Red Wings again this season on FM 99.3 and AM 1400 WCCY.

MTU Faces NMU for Miner’s Cup
In college football, Michigan Tech puts its unbeaten record on the line at Northern Michigan this evening. Kickoff is at 7:00 at the Superior Dome. It’s also Homecoming for the Wildcats.

The MTU volleyball team fell to Findlay 3-2 Friday night at 7:00. The Huskies host Hillsdale this afternoon at 3:00.

The MTU women’s tennis team plays at the ITA Regionals in Indianapolis this weekend. 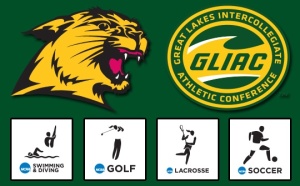 NMU to Add Sports
Northern Michigan University will add four new varsity sports over the next three years. Northern Michigan University Athletic Director Forrest Karr announced Friday that women’s golf and men’s swimming and diving will be implemented next fall. Women’s lacrosse and men’s soccer will follow in 2016.  All four sports will compete in the Great Lakes Intercollegiate Athletic Conference.

Calumet Claims Homecoming Victory
In high school football last night…
– Calumet rolled up a 32-0 halftime lead, and cruised to a 38-12 homecoming victory over Hancock. Robert Erkkila ran for three touchdowns, and Kaden Kangas rushed for two. Kurtis Keranen kicked a 31-yard field goal for the Copper Kings. Hancock’s scores came on passes from Lyle Johnson to Kyle LeClaire and Reece Anderson. See video highlights of the game here. Tyson Kauppinen and Morgan Peters were named Homecoming King and Queen. Jessica Berryman and Sebastian Lozano were first runners-up, and Sarah Grathoff and Alex Voelker were second runners-up. The junior class won the float competition, with the seniors second, the sophomores third, and the freshman fourth. The seniors took first place in the overall spirit challenge, and will have their class name added to the Spirit Jug. The sophomores placed second, the juniors third, and the freshmen fourth.
– In the final football Battle of the Bay for the foreseeable future, L’Anse romped to a 47-6 victory over Baraga. Brandon Kemppainen rushed for 200 yards and four touchdowns. Baraga will drop back to eight-man play next fall.