Several Lake Linden-Hubbell football players have been named to the WestPAC Iron Division All-Conference Team. On offense, Caleb Gregoire was voted to the first team as a running back. Caleb Klein joins him as a fullback, and Josh Suhonen as a tackle. Carter Crouch was an honorable mention at quarterback.

On defense, Isaac Codere made the first team as a lineman, and Jesse Hill was named a first-team linebacker. Honorable mention votes went to Brandon Lavigne as a linebacker, Cole Gregoire as a defensive back, and William Lyons as a defensive end.

Andy Crouch was named Coach of the Year. To see the full roster, click here.

The Detroit Red Wings host the Edmonton Oilers tonight. Pregame coverage begins at 7:10 on 99.3 The Lift.

The Wings have acquired forward Brendan Perlini from the Blackhawks. Perlini is a former first round draft pick by the Coyotes. He’s 23 years old, and has scored 45 goals in 200 NHL games. Detroit gives up defenseman Alec Regula, who was a third-round draft pick in 2018, and whose father was once the Wings’ team dentist.

The Pistons visit the Toronto Raptors tomorrow night. Pregame coverage begins at 7:05 on 99.3 The Lift.

The Houston Astros could clinch the World Series title tonight, when they host the Washington Nationals. Houston leads the series three games to two. Justin Verlander will start for Houston, against Stephen Strasburg.

If you played The Wolf Pro Football Challenge, you must have selected all 15 games correctly to be eligible to be this week’s winner. 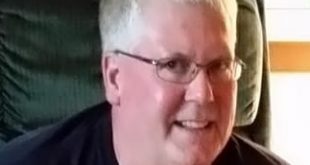