The Michigan Tech soccer team has announced its fall schedule. The Huskies will open the season September 3rd at home against Minnesota-Duluth. They will also play non-conference games against Saint Cloud State, Minnesota State-Moorhead and Bemidji State. There will be two rivalry games against Northern Michigan – a non-conference matchup in Marquette on October 25th, and the official GLIAC contest in Houghton November 6th.

The Finlandia University baseball team has signed another recruit. Peter Ordonio is an infielder from Lincoln, California.

The NHL draft has been postponed because of COVID-19 issues. The league has not announced a new date for the draft, or for its annual scouting combine and awards presentations, both of which have also been delayed.

The league hopes to resume its 2019-2020 season, but, in a conference call yesterday, its chief medical officer admitted that it’s not yet possible to project when – or, if – that might happen.

The Green Bay Packers have brought back veteran tight end Marcedes Lewis. This will be his 15th NFL season, and his third in Green Bay. He caught 15 passes for 156 yards and one touchdown last season. 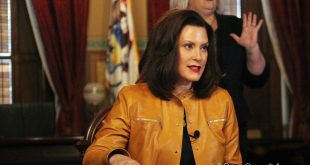