A group of the NBA’s top stars wants the league to resume its season. In a conference call on Monday, eight superstars, including LeBron James, said they’re ready to continue play – when, and if, appropriate safety measures can be implemented. Not all of their brethren agree. Polling by the players association indicated members of teams that have little or no chance of reaching the playoffs would prefer that the remainder of the regular season be canceled, and that a modified playoff format be instituted.

NBA commissioner Adam Silver says the league still has about a month to decide how to conclude the season.

The NFL is ready to start its season on time, but playing in California may not be an option. With no resolution to the COVID-19 pandemic in sight, some areas in the Golden State are considering extending stay-at-home orders through July. Restrictions may not be relaxed enough to allow play in September. The league says it’s open to having its California teams begin their seasons in neutral-site stadiums. 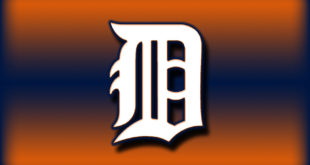 MLB The Milwaukee Brewers’ bats woke up last night, as they routed the Chicago White …