Tigers Salvage One from Indians
Drew Smyly held the Indians to just four hits over seven innings, and the Tigers snapped their three-game losing streak with a 5-1 victory yesterday. The Tigers opened the scoring early with two runs in the first inning. Torii Hunter added a two-run homer in the fourth… and Nick Castellanos doubled in an insurance run in the eighth. Joba Chamberlain pitched the eighth… and Joe Nathan turned ina  perfect ninth.

The Tigers open an interleague set at Arizona tonight. Justin Verlander will start against Vidal Nuno. Hear the first pitch at 9:40 on AM 1400, WCCY.

Rickie Weeks’ rbi single in the top of the ninth tied the game… but Jayson Werth doubled home the game winner off Rob Wooten in the bottom of the ninth, and the Nationals claimed a 5-4 victory over the Brewers.

The Brewers open a home series against the Reds tonight. Wily Peralta will start against Mat Latos.

Milwaukee has lost 13 of its last 16 games. Saint Louis also lost yesterday… so the Brewers and Cardinals remain tied atop the National League Central Division. 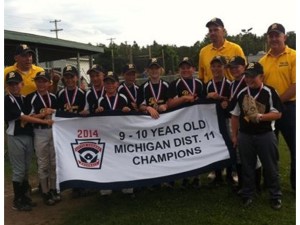 The Portage Lake Little League 9-10 boys defeated Negaunee 12-2 on Friday, and 12-2 on Saturday to win their district title. They advance to the state tournament. 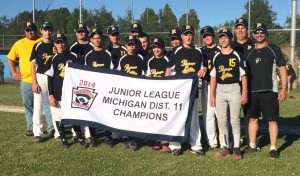 The Portage Lake junior team’s tournament run ended with a tough 2-1 loss to Kingsford yesterday. Patty Cortright pitched a complete game. On Saturday, the Portage Lake team had split their two games against Kingsford… winning the first game 14-11, but dropping the second 12-4.

The Baraga County 11-12 girls softball team was eliminated from their tournament Friday with 11-1 and 10-2 losses to Escanaba.

Women’s Fast Pitch All Star Game Tonight
The Copper Country Women’s Fast Pitch All Star Softball Game will be played this evening at the Chassell Field, behind the Chassell Heritage Center. Food will be served beginning at 6:00, and the game will start at 6:30. This is the league’s primary fundraiser, and many prizes will be available. You’re invited to join the fun.

Andrew Lund of Calumet won the half-marathon at the Portage Canal Run Saturday, with a time of 1:26:02.7. Daisuke Minakata of Houghton placed second… more than two-and-a-half minutes off the pace. Matt Wong from Houghton came in two seconds later to clinch third place. Christina Carradine from Marquette was the top women’s finisher. 153 runners finished the half-marathon.

Andrew Brian from Bromsgrove, Worcestershire, England, took the 10-mile run, with a time of 1:01:45.4. Paul Lyle of Chassell was a little more than two minutes back in second place, and Ryan Towles of Dollar Bay placed third. Hancock’s Amy Janeshek was the top women’s finisher again this year. 94 runners finished the 10-mile race.

Chris Sochay from Calumet won the 10-mile walk, with a time of 1:57:25. Sandy Houle from Dollar Bay was the top women’s finisher, and second overall. 56 walkers completed the 10-mile event. Steven Dunstan of Dollar Bay nosed out Colleen Lemler of Calumet to win the five-mile walk, with a time of 1:02:47. Lemler was a tenth of a second off the pace. 162 walkers finished the five-mile stroll. 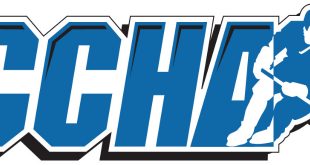