The Finlandia football team was off this weekend.

The Michigan Tech football team put up a stiff fight yesterday, but fell to ninth-ranked Grand Valley State 21-16. The Lakers scored two touchdowns in the fourth quarter to claim the victory, with the game-winner coming with just 24 seconds remaining.

The Detroit Tigers split their doubleheader with the Chicago White Sox yesterday, dropping the opener 7-1, then winning the nightcap 4-3. Matthew Boyd gave up four runs over four innings, and took the loss in the first game. Miguel Cabrera homered. John Hicks’ three-run, pinch-hit homer in the top of the ninth powered Detroit’s victory in the second game. Tyler Alexander gave up two runs over five innings.

The Tigers wrap up their season today at Chicago. Spencer Turnbull will start against Ross Detwiler. Pregame coverage begins at 2:45 on 99.3 The Lift.

Three late Colorado solo home runs sent the Milwaukee Brewers to a 3-2 loss to the Rockies yesterday. Ian Desmond’s shot off Drew Pomeranz in the eighth halved the Crew’s two-run lead. Sam Hilliard’s two-out blow off Josh Hader in the ninth tied the game, and Trevor Story’s lead-off blast off Matt Albers in the bottom of the 10th ended it.

The Brewers conclude their regular season at Colorado today. Adrian Houser will start against Jeff Hoffman.

The Cardinals also lost, so Milwaukee still trails Saint Louis by one game in the National League Central Division on the season’s final day. If Milwaukee wins today, and Saint Louis loses, the division title will be decided in a one-game playoff tomorrow afternoon. The team that finishes second in the division will play the Nationals in Washington on Tuesday in the wild card game.

The Detroit Red Wings wrapped up their preseason schedule with a 5-0 loss to the Toronto Maple Leafs last night. Jimmy Howard allowed all five goals over the first two periods. Filip Larsson stopped all three shots he faced in relief in the third period.

The Wings begin their regular season Saturday night at Nashville. Listen for Wings broadcasts all season on 99.3 The Lift.

Detroit made some significant moves yesterday, on the way to trimming their roster to 23 by opening night.

The Detroit Lions host the Kansas City Chiefs this afternoon. Pregame coverage begins at 11:00 on 99.3 The Lift. 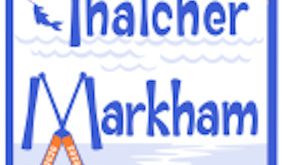