MLB
Michael Fulmer struggled, as the Detroit Tigers fell to the New York Yankees 7-3 last night. Fulmer opened the game with three scoreless innings, but was charged with all seven New York runs before leaving in the seventh.

Trailing by five in the ninth, the Tigers added one more run, but left the bases loaded when Aroldis Chapman struck out James McCann to end the game.

The Tigers face the Yankees in New York again tonight. Anibal Sanchez will pitch against C.C. Sabathia. Pregame coverage begins at 6:40 on 99.3 The Lift.

There were no last-minute deals for the Tigers, as the Major League trade deadline passed yesterday afternoon. Meanwhile, with Justin Wilson now pitching for the Cubs, Detroit manager Brad Ausmus said yesterday that Shane Greene will take over as the team’s closer. 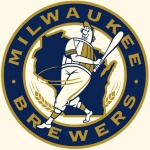 The Milwaukee Brewers had yesterday off, and open a home set against the St. Louis Cardinals tonight. Jimmy Nelson will start against Carlos Martinez.

The Brewers did pull off a last-minute trade yesterday, reacquiring reliever Jeremy Jeffress from the Texas Rangers. Milwaukee traded Jeffress to Texas at last summer’s deadline, along with catcher Jonathan Lucroy. He struggled with the Rangers this season. The Brewers sent Double-A reliever Tayler Scott to Texas in exchange.

MTU
Michigan Tech Athletics and Recreation has hired Scott Jackson as the new Trail and Outdoor Adventure Program Manager. Jackson will be responsible for maintaining the Tech Trails and coordinating large scale events for the Outdoor Adventure Program. He was formerly the manager at the Porcupine Mountains Ski area, and an instructor at Gogebic Community College.

Golf Outings
– The seventh annual Kermit’s Keweenaw Kids golf scramble will be held Saturday at the Sandy Pebbles course in Ahmeek. Registration begins at 9:30, with a shotgun start at 10:00. The cost is $75.00 per team of three. To sign up, call 337-1927 or 369-1880.
– The sixth annual Barbara Kettle Gundlach Shelter Home Golf Scramble will be held at Wyandotte Hills Saturday. It’s an 18-hole, four-person event, with a shotgun start at 10:00. The $50.00 per person cost includes dinner. For registration and cart rental, call Wyandotte Hills at 288-3720.

Gasoline prices are easing a bit, after an increase through the first month of the …