Lake Linden-Hubbell and Jeffers will play in the Division Two championship game tomorrow at 5:00 in the Calumet High School gym.

In Division One, Baraga defeated Houghton 39-31 in the first semi-final. Mia Coronado led Baraga with 16 points, and Danica Ryynanen scored 15 for Houghton. In the second semi-final, Calumet defeated Hancock 52-34. Laina Kariniemi led Calumet in scoring with 14 points, while Lana Aho chipped in 12 for Hancock.

Baraga and Calumet will meet in the Division One championship game on tomorrow at 6:30 in the Calumet High School gym.

The Finlandia University men’s hockey team will host the Soo Thunderbirds for an exhibition tonight at 7:00 at the Houghton County Arena.

After sweeping its matches at the Midwest Regional Crossover last weekend, the Michigan Tech volleyball team has risen to number-22 in the most recent Division Two Coaches Poll.

The Wings have dropped five in a row, and visit the Ottawa Senators tonight. Because of Pistons basketball, pregame coverage begins at 7:10 on KBear 102.3.

Detroit has waived defenseman Jonathan Ericsson. Other teams have until noon today to claim him. If none does, he can report to the Grand Rapids Griffins, or negotiate a contract buyout. He had not seen game action this year, following a training camp injury. The Wings recalled forward Evgeny Svechnikov from Grand Rapids, and assigned defenseman Alex Biega to the Griffins. Forward Adam Erne has been placed on injured reserve.

The Detroit Pistons open the regular season tonight at Indiana. Pregame coverage will start at 6:35 on 99.3 The Lift.

Detroit will start the season without Blake Griffin. He’s being treated for knee and hamstring problems, and is expected to miss as many as 10 games.

The Washington Nationals edged the Houston Astros 5-4 in the opening game of the World Series last night. Former Tiger Max Scherzer got the win. Game two will be played in Houston tonight.

Detroit running back Kerryon Johnson underwent knee surgery yesterday, and has been placed on injured reserve. He’s eligible to return in week 16. 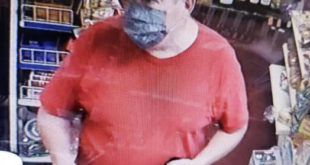 Search for Driver in Calumet Hit and Run