MLB
The Detroit Tigers broke open a close game with three runs in the sixth inning, and three more in the seventh, and went on to an 8-3 victory over the Minnesota Twins last night. Cameron Maybin snapped a 3-3 tie in the sixth with a two-run single. Erick Aybar and Victor Martinez homered in the seventh. Aybar also singled home a run in the fifth inning. Anibal Sanchez gave up three runs over seven innings, and got the win.

The Tigers continue that set in Minnesota tonight. Matt Boyd will start against Tyler Duffey. Hear the first pitch at 8:10 on AM 1400 and FM 99.3, WCCY.

Cleveland lost, so the Tigers now trail the Indians by six and a half games in the American League Central Division.

The Milwaukee Brewers scored three runs in the seventh inning, and came from behind to defeat the Colorado Rockies 6-4 last night. Jonathan Villar’s double and Hernan Perez’ triple were the big blows in the inning. Chase Anderson gave up three runs over five innings. Brent Suter got his first major league win in relief.

The Brewers wrap up that series against the Rockies this afternoon. Zach Davies will pitch against Tyler Anderson.

The Finlandia University men’s soccer team will play its annual Blue and Gray intrasquad scrimmage today at McAfee Field. Admission is free for all fans, with warm-ups starting at 5:00.

The effort to raise 10-thousand dollars to create a student lounge at the Paavo Nurmi Center is in the home stretch. 72-hundred dollars of the goal has already been collected. The lounge will be named for the late Shawn Wickersheim, who was a three-sport athlete at Finlandia. If you would like to contribute, click here.

Regular-season overtime contests in the Western Collegiate Hockey Association will be decided differently beginning this season. Games that are tied at the end of regulation will proceed to a five-minute, five-on-five overtime period. If the game remains tied, the teams will play a five-minute, three-on-three period. If that doesn’t resolve it, the game will be decided in a shootout. Each game will be worth three points in the season standings. A team that wins in regulation, or in the first overtime, will receive all three points. A team that wins in the second overtime, or the shootout, will get two points, with one point going to the loser. The second overtime and shootout will only count in the WCHA standings – the NCAA will record those games as ties. WCHA tournament games will continue to be played under NCAA rules, with 20-minute, five-on-five overtime periods. The WCHA will also change the size of its nets this season, dropping from the traditional college depth of 48 inches to the NHL depth of 44 inches.

NFL
Detroit Lions tight end Eric Ebron practiced with the team yesterday for the first time since he injured an ankle nearly three weeks ago. He could see action in Saturday’s preseason game against the Ravens. Receiver Golden Tate also returned to practice yesterday for the first time since suffering a minor injury in Thursday night’s exhibition loss to the Bengals. 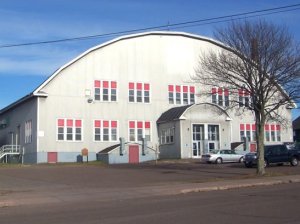 The Calumet Hockey Association and Calumet Township have launched a drive to raise money to replace the boards and glass at the Calumet Colosseum. The goal is to collect 78-thousand dollars to match a 90-thousand dollar Michigan DNR Recreation Passport Grant. Time is of the essence – the grant requires that the project be complete before the start of the 2016-2017 hockey season. Work is scheduled to begin in a few weeks. Sponsorship opportunities for sections of the boards begin at 500-dollars, and may be purchased by businesses or individuals. Contribution of 100-dollars or more will be acknowledged on a plaque that will be displayed in the lobby. For full details, click here. The boards and glass project is the latest phase of a Colosseum upgrade that has already resulted in a new Zamboni, a new ice plant, and the installation of the former scoreboard from MacInnes Arena.

Our high school football coverage kicks off Friday night, as Lake Linden-Hubbell plays at Hancock. Bulldogs’ players from the 1940s and ’50s are encouraged to attend, and will be honored at halftime. Hear the game on KBear 102.3 and KBear102.com. Check our full broadcast schedule at KBear102.com.

Join Ahmeek Fire on the Fourth of July, Check Out Their New Truck

One of the Copper Country’s largest financial institutions has a new name.  As of yesterday, …